Trigger warning: mentions of suicide, self harm, and violence

As part of my recovery from BPD, I have been challenging myself to watch more shows that, previously, might have made me react negatively. One of the latest is Netflix’s adaptation of the Webtoon ‘Sweet Home’. Note: all images used within this article belong to their creators, and not to myself. I decided that a review of mental health in Sweet Home may be useful.

Initially, my choice to watch this was purely due to the inclusion of actor Song Kang as Cha Hyun-su. I also know of Go Min-si as Lee Eun-yu, having seen both star in Love Alarm.

One of my biggest hang-ups in media has been large amounts of blood, gore, or scary scenes. I haven’t really watched much media higher than a 12 rating for many years, despite me now being in my 30s. The only time I’d watch a higher rating would be to nudity or language. Violence, death, or frightening images weren’t my cup of tea.

Thankfully, Ash was incredibly supportive, even letting me do my research beforehand.

One thing that stood out, even from the beginning of the show, was how much Kang’s character resembled my previous behaviours when I was in the thick of mental illness.

By no means am I claiming to be a South Korean teenager who kills monsters, but there are definitely traits I would like to explore with you. Try and stay with me here, because it may seem like I’m making some pretty big reaches but, at least in my mind, they do make sense. Also, note for readers, I do drop a few spoilers in here!

One of the things you find out earliest about Hyun-su is that he has a history of self harm. For me, that was one of my concerns in watching the show, as I do still find it a little difficult to see, even though it’s been nearly 3 years since my last relapse. In addition to this, seeing that he’s planning to end his life, with no real care, brought up memories of times when I had also felt hopeless and like there was no way forward.

Emotional outbursts are, at least from my experience, common with Borderline Personality Disorder. We frequently see Hyun-su sway between showing little, or no, emotion, to having outbursts of anger and rage. This becomes a lot more prevalent both during his monster-dream, as well as when the monster begins taking over.

No matter how many times other characters try to look after him, or tell him to take care of himself, he doesn’t seem to give much thought to it. Granted, he does show fear throughout the show (cat lady and lotus root, I’m looking at you), but doesn’t suddenly become better. Instead, he seemed to make the same choice I did: to live. While it is entirely possible that, by the end of season 1 at least, he hasn’t completely gone into remission, there is more of a drive to live within him.

At times of severe mental distress, I used to try to avoid people quite a lot. I didn’t want others to know I was struggling or, as I saw it, failing. That could be compared to how Hyun-su chose to isolate himself away from others, and even allowed others to isolate him. This aspect of mental health in Sweet Home resonated with me.

Many who have known me for years know that I had many negative and toxic people come in and out of my life. For a very long time I accepted that, because I thought I didn’t deserve any better. Likewise, Hyun-su allowed the other survivors to lock him up because of his symptoms, and even use him, even though he had done nothing to them to warrant that treatment.

One of the things I liked within Sweet Home was how some of the other characters respected him as a person, regardless of the “monster in his mind”, but still held him accountable. At one point, Min-si’s character puts a plaster over Hyun-su’s old self harm scars, yet still says it was his fault, showing support while still making it clear that his actions were his own. This positive view on mental health in Sweet Home shows how some can be understanding.

In another scene, Hyun-su starts to be controlled by the monster, however Sang-wook (aka my favourite gangster dude) swiftly punches him in the stomach to return him to normal. While not how I would like someone to keep me lucid, I can’t deny that it worked. Even if that wasn’t the intent of the writers, to me it shows that Sang-wook wants Hyun-su to be responsible for his actions, and to not let the monster win. In my own life, I have several wonderful people who help me to take responsibility for the things I do, albeit without violence.

There is a lot of blame that seems to go on within the show. As the episodes progress, we learn that Hyun-su was severely bullied. That one struck quite a nerve for me. Due to his father working for the bully’s father, nothing is done. He is left to suffer. While my parents did a lot to try and help my situation, ultimately I also had to attempt to make the best of it. From this, he feels a great deal of anger and resentment. Even in the dreamscape, he shouts and swears at his family, disgusted by what he had to go through, even to the point of telling his family to die.

I’m not going to sugar-coat here. There were many times that I wished the most disgusting fates onto those who hurt me, or even told my own family to die. I couldn’t deal with my anger about the situation I was in. That anger and resentment did fester for many years. I am now thankfully in a place where I have worked through it. Even so, it was hard seeing Hyun-su suffer and show his anger. Especially when I realised that, in fact, I understood and agreed with his rage.

We meet a number of monsters within those 10 episodes. Yet, you could say that the biggest challenge to Hyun-su is himself. His mental health isn’t great, and the monster is trying to take over him. Genuinely, that is how it feels at times, like you’re trying to fight something that isn’t physical, but can still beat you down. By the end, we see him give in to the monster, because it’s the only way to save the other survivors. He is only brought back to lucidity by the death of Du-Sik. The support from the man who holds him, calms him, and reassures him that everything was not his fault was beautiful. Again, this can be related back to mental health, as those suffering with conditions can often hurt those around them, normally without meaning to. 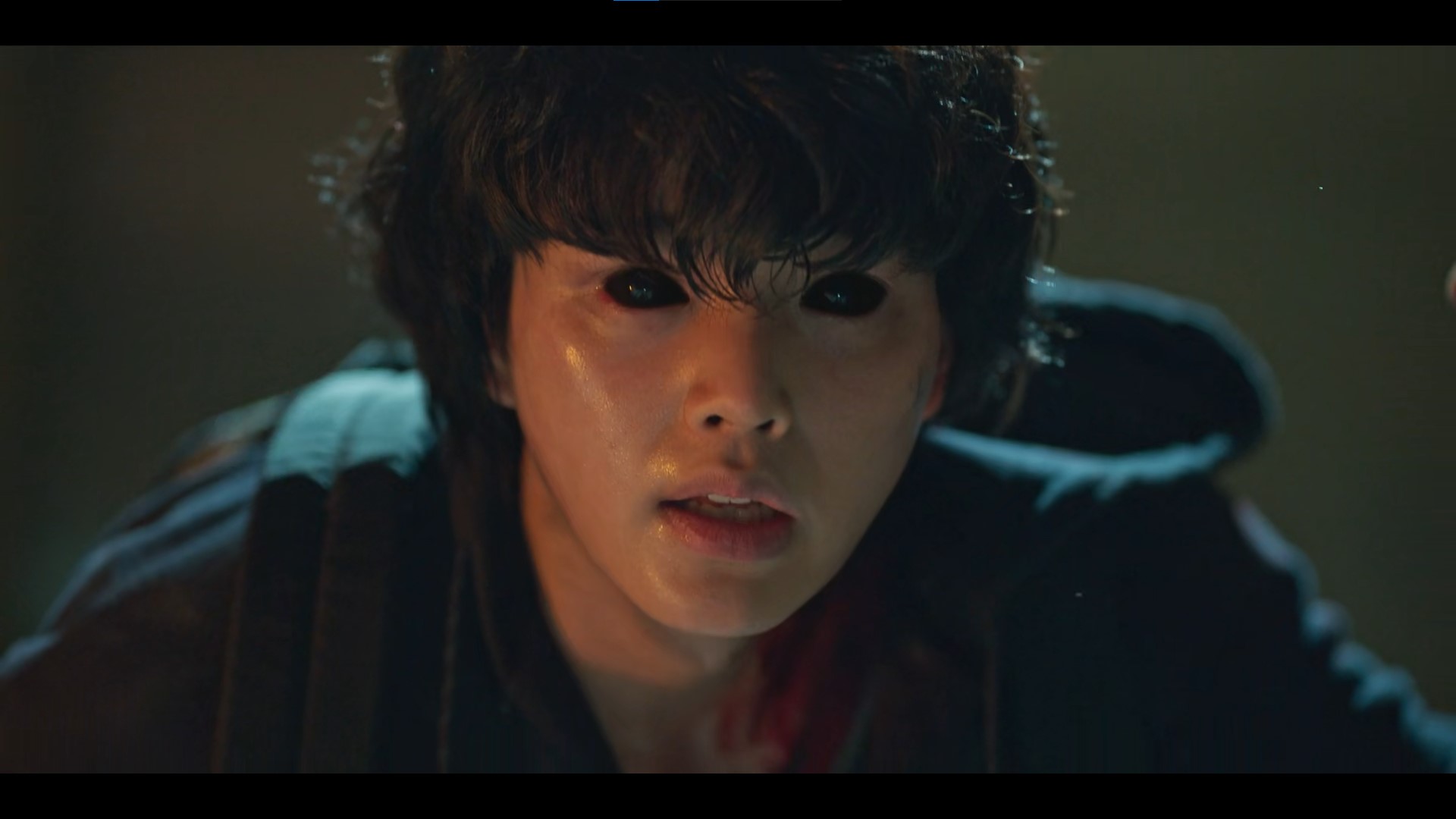 Overall, I absolutely adored the show. While there were some grim moments, I found myself able to handle them with no issues whatsoever. Perhaps that has a lot to do with my own stability and confidence within my own mind. Alternatively, it could be due to the stubbornness of wanting to watch the show.

Either way, I’m hopeful for a second season, and would love to see how the character grows. I think Song Kang did a great job portraying a mentally unwell individual. It also gave me a bit of food for thought.

The takeaway here is that the monster in your head can be fought. It won’t be easy. No one else can do it for you. You need to make that choice to live,. Break away from that voice in your head telling you you can’t be good enough. If he can do it, while fighting off some hideous creatures, then I can certainly keep on moving forward too.

You can watch ‘Sweet Home’, rated 15, on Netflix, with English subtitles, or dubbed. The official trailer is below.

Hi, I’m Ver, the founder of Bordering Bears.
While Bordering Bears started off as a mental health blog, it has now developed into a freelance writing business.
Feel free to contact me to see how I can fulfil your content needs.

We use cookies on our website to give you the most relevant experience by remembering your preferences and repeat visits. By clicking “Accept”, you consent to the use of ALL the cookies.
Cookie settingsACCEPT
Manage consent

This website uses cookies to improve your experience while you navigate through the website. Out of these, the cookies that are categorized as necessary are stored on your browser as they are essential for the working of basic functionalities of the website. We also use third-party cookies that help us analyze and understand how you use this website. These cookies will be stored in your browser only with your consent. You also have the option to opt-out of these cookies. But opting out of some of these cookies may affect your browsing experience.
Necessary Always Enabled
Necessary cookies are absolutely essential for the website to function properly. These cookies ensure basic functionalities and security features of the website, anonymously.
Functional
Functional cookies help to perform certain functionalities like sharing the content of the website on social media platforms, collect feedbacks, and other third-party features.
Performance
Performance cookies are used to understand and analyze the key performance indexes of the website which helps in delivering a better user experience for the visitors.
Analytics
Analytical cookies are used to understand how visitors interact with the website. These cookies help provide information on metrics the number of visitors, bounce rate, traffic source, etc.
Advertisement
Advertisement cookies are used to provide visitors with relevant ads and marketing campaigns. These cookies track visitors across websites and collect information to provide customized ads.
Others
Other uncategorized cookies are those that are being analyzed and have not been classified into a category as yet.
SAVE & ACCEPT