Skip to Content
Home / Lifestyle / The Fear of Growing Up

One of my biggest anxieties surrounds ageing. From what I can gather, this is a common fear that many people face, even though it is inevitable.

Some believe that ageing is a privilege and luxury. Ageing, and a long life in general, is not guaranteed. This means that ageing should not be feared, but instead seen as a good thing that we have survived another year.

In the animal kingdom, time doesn’t really exist. It’s irrelevant. There’s no clocks or calendars. The old still try to do their part and are either looked after by others, or left to die.

Here, though, we mark the passing of time. Seconds turn into minutes and months turn into years. This gives us an awareness of how far through our life we might be, based on an average life expectancy.

So here I am, at 30, often kept awake at night by these thoughts.

Looking back on all of these makes me feel like I’ve not really achieved a lot in my life.

With the issues at school followed by becoming a Mum so young, I do feel like I missed out on finding my identity and having the freedom. I wouldn’t change being a parent for anything, but some days I find that lack of freedom more of a struggle than others. It’s generally taboo to say such things, but those feelings are more common than you realise.

I’m 30, barely just out of education, only just starting my career. By now, others have got married, bought houses, worked their way up a career path, or started and worked in a successful business.

Then it becomes obvious where the problem lies.

We live in a culture where social media and the likes are rampant. Even I have trouble staying off them for too long. They’re addictive.

When you see your child-free friends going out and having fun spontaneously, or the girl you got chatting to on a night out celebrating her 19th and still looking so youthful and slim, or even an old classmate doing well in work and life, it is easy to feel jealous.

I’ve realised that it’s not necessarily the age that’s the issue as I can still lose the weight I want gone, further my career, enjoy time out when someone looks after Feena, and wear what the hell I want no matter how old I am.

It’s feeling inferior to others.

Social media, and media in general, promote ideals that we feel we should follow. To be pretty you must look a certain way. To be successful you need to have A, B, and C.

Thinking it through, perhaps it isn’t my age that is my biggest problem. I see now why more and more people are weaning off of, and abandoning, social media.

People put what they want. Some give brutal honesty, while others use it as a platform to show off the best of their lives.

All in all, it’s fake. Photoshopped and edited to show only what people want you to see.

Mum barely uses it. Ash only uses it to check the marketplace etc.

I used to think it was sad that they didn’t use it. Or that other people were posting sweet nothings about their partner so why not me?!

Now, though, I see it for how it truly is. It’s not people’s concern what goes on in our personal lives, and social media is purely for bragging rights.

I tend to solely use it personally for memes and reading articles. Business-wise I use social media for promotion and searching for more freelance gigs.

Overall, growing up isn’t the issue. Yes, I’d like to stay young forever, never wrinkle, never die, but the real problem is so many resentments and feelings of inadequacy caused by a bragging, shallow, and false culture. 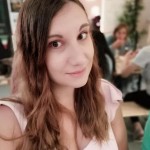 8 Tips For a Clean Home While In a Low State